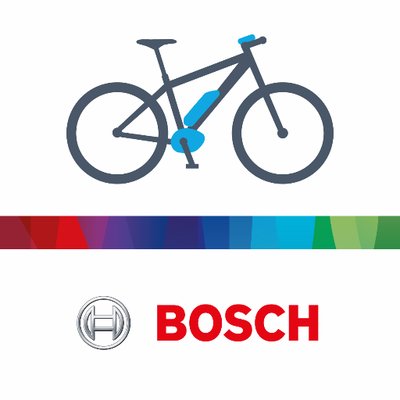 To work with the eBike

The daily round trips to work of almost 30 million people in Germany totals 835 million kilometers. 82% of these trips are from less than 25 kilometers. Electric bicycles are optimal for these distances. A) Yes that, why not leave the car in the garage and instead take the bike, and hit the pedals with a little help? This article explains the advantages of this new alternative of mobility.

No stress and comfortably

Those who will work on eBike in the city they do not waste time in kilometric jamás. With the electric bicycle the traffic jams are darán comfortably. Also, thanks to the assistance electrical there is no need to make great efforts, not even on steep slopes. The longer distances, up to 25 kilometers, are overtaken by eBikers almost effortlessly. The who go to work with the eBike travel without stress and comfortably, and they arrive at work fresh and without sweating. 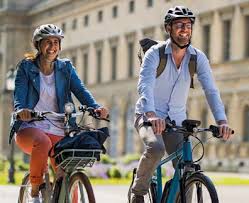 Flexibility and speed Time is money.

And everyone who uses the electric bicycle in the city gains in time and quality of life. In trips of up to five kilometers the electric bicycle is often the fastest means of transport in the city. But also in journeys of up to ten kilometers the eBike can compete comfortably with the car. Intelligent route planning helps you get to your destination quickly and conveniently; For example, you can choose urban routes with few traffic lights and without slow traffic. The Nyon on-board computer helps in navigation: with Bosch’s all-in-one on-board computer, routes can be easily planned in advance on the PC and laptop.

for those who care about their health

and who want to improve

their strength and fitness.

An adult spends 11.5 hours a day sitting half. The lack of movement affects especially those who have an office job. Coming and going from work in eBike helps to counteract this situation. And since the electric drive is adjustable by the different levels of assistance, the driver himself decides the intensity with which he wants to pedal. Electric bicycles are perfect for those who care about their health and who want to improve their strength and fitness.

Good for the environment

All those who go to work in an eBike instead of in a car not only make the traffic jam shorter, but also do something good for themselves and the environment: the contamination of an eBike is only the 1.25% of that of a car. If you take as a base an average gasoline consumption of eight liters per hundred kilometers of all the cars that make the round trip to work in Germany, you get a consumption of almost seventy million liters a day. That is approximately 156,000 tons of CO2. The electric bicycle supposes an immense potential of saving. In addition, eBikers move almost without making noise, which reduce noise pollution. Cities have a problem with noise: from a level of acoustic intensity between 65 and 75 decibels, the noise affects the sensation of stress. With intense traffic, in the cities are reached about eighty decibels on average. Thanks to the eBike the city can be quieter. 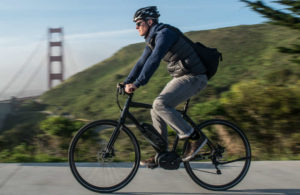 Good for the pocket

Traveling by electric bike saves money. For a journey of one hundred kilometers, the energy cost of a normal gasoline car is about 12 euros. With the electric bicycle, the same distance is made for 25 cents. Also in the purchase earns points the electric bicycle: an eBike costs in Germany currently 3,287 euros on average, while the average price of a new car stands at 31,400 euros. The insurance, the tax of circulation and the taxes of the ITV disappear with a conventional electric bicycle: after all, it is a bicycle with something else.

WHAT YOU NEED TO KNOW ABOUT eBIKE ( I I )

WHAT YOU NEED TO KNOW ABOUT eBIKE ( V I )

CARE OF THE eBIKE Out the dirt. This is especially applicable in some eBike journeys…